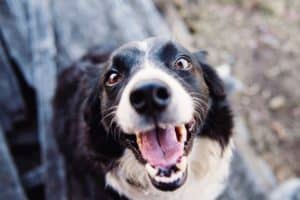 No country celebrates its independence more exuberantly than the United States of America. Do you also start yearning for the 4th of July as soon as spring is at its peak with the sun shining brightly every day, the weather inviting you to go walking with your four-legged friend, and flowers growing in abundance? Perhaps you’re already planning the barbecue for which you’ve invited a record number of visitors, or you’ve got tickets for the ball game safely tucked away. This is the one day of the year where everyone can show that they respect our beautiful country.

Flags, garlands, bumper stickers, and other accessories in our stars & stripes are a prominent part of the 4th of July. Choosing appropriate music is also necessary—so is dressing your family up in clothing that suits the occasion. Include your dog or your cat too; after all, they’re part of the family. Do you think animals don’t understand patriotism? Don’t be too sure about this.

In 1943, the PDSA Dickin Medal was founded by Mia Dickin, a British social reformer. This medal was initially awarded to honor animals for their bravery in World War II, but even in the 21st-century cats, dogs, horses, and pigeons may still receive it. The medal bears the words “For Gallantry” and “We Also Serve.”

Just like us, our pets deserve a chance to show pride on this special day. Tying a fancy collar, a bandana or bowtie round their neck doesn’t take long and doesn’t make them feel uncomfortable. You can also exchange their food bowl for one with an Old Glory motif. 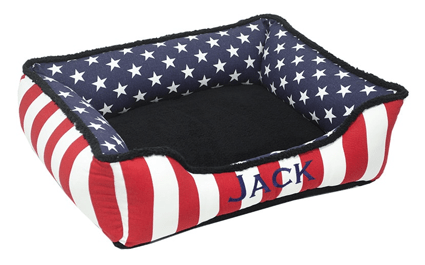 Some people insist on putting their canine or feline friends in crazy white, blue, and red costumes. They will even add a little hat to complete the look. While pictures on the internet of the most patriotic pets are fun to look at, not every animal enjoys being treated like a doll. Dogs, especially older ones will allow their human friends such follies, but their own fur still suits them best.

Your pet can be patriotic every day of the year

Consider a J’Adore patriotic pet bed which is available in three styles, and in sizes ranging from XXS to XXL. The fabric is made of the same high-quality material as all our J’Adore pet beds. You can choose to have your pet’s name embroidered on the bed, but longer text is also possible. Let some patriotic mottos from great Americans such as Eleanor Roosevelt, John F. Kennedy and even Walt Disney inspire you. If you’re unsure whether the text is too long, ask us.

Appreciating the Day in an Unusual Way

While you may look forward to the parade, consider that some cats or dogs do not necessarily feel the same. Not every animal feels entirely at ease near or in a great crowd, while loud music is playing, especially accompanied by sharp whistles or the thumps of big drums. While you love your dogs, you may want to leave them at home, especially if they’re still relatively young and excitable.

A Stressful Display and a Cozy Hideaway

The firework explosions too can be overly noisy for canine or feline spectators. Many helpful tips exist, some even based on scientific information. Since every pet is different, what works for one does not necessarily work for another. For many four-footed friends, a haven may be all it needs. If your pet is already the lucky owner of a J’Adore pet bed where it can feel at ease, your Fourth of July may be as perfect as you planned it. 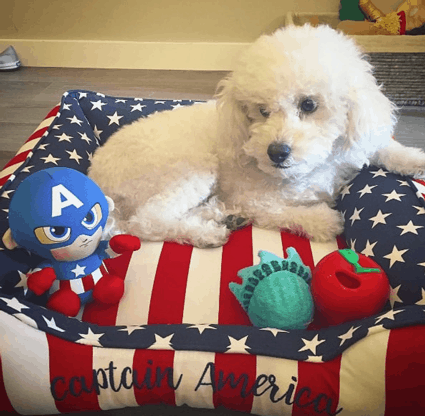